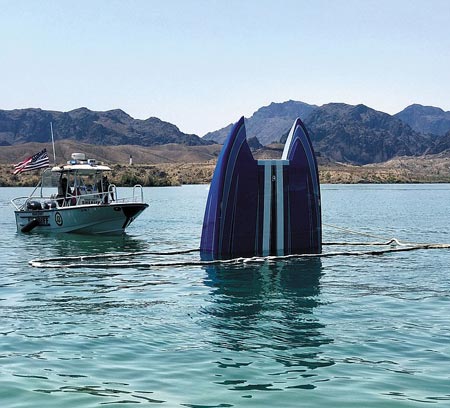 Lake Havasu City, Arizona—Three men were ejected from a speedboat on Lake Havasu just before 10:00 a.m. on Tuesday.  Mohave County Sheriff’s Waterways deputies estimate the 36-foot Skater powerboat was traveling at speeds near 100 miles per hour when it flipped as the operator reportedly made a sharp left turn near Havasu Palms.  According to witnesses, the boat rolled at least once.

According to MCSW deputies, the fact that all three men were wearing life jackets prevented more serious harm.  Mr. Guillen had taken the precaution of wearing the engine safety cutoff lanyard.

The accident investigation in ongoing.

We wish everyone swift and complete recoveries.