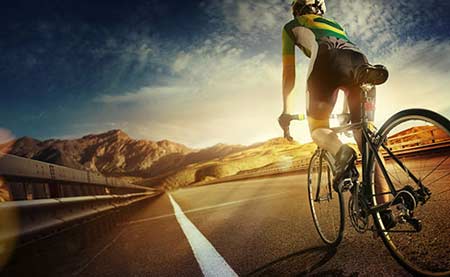 Searchlight, Nevada—A close-knit community of bicycle riders on an organized ride celebrating the recent retirement of one of its members met with tragedy on Thursday morning when a box truck slammed into the group.  The truck hit 20 cyclists, killing five of them and seriously injuring another four.

The Nevada Highway Patrol located the accident at milepost 35 on U.S. Highway 95 on the far south side of Las Vegas, just west of the Arizona border.  The group was followed by an escort vehicle with flashers blinking.  When they encountered strong winds, seven of the cyclists dropped behind the escort vehicle to coast in its tailwind.

One of the group members described the road shoulder in that area as wide enough to accommodate three cars. The box truck crossed over the lane’s outside line onto the shoulder, struck the cyclists who had fallen behind, and pushed the escort car into the front group of cyclists.  (The driver of the escort car was among those who were injured.)  A driver not connected to the group who witnessed the accident continued to the lead cyclists to alert them of the accident.

The group travels this route, referred to as the Nipton Loop, every year, a distance of about 130 miles. The ride starts in Boulder City, travels south to Searchlight, proceeds west to Goodsprings, then northeast to Henderson before finishing back in Boulder City.

The driver of the truck has been identified as Jordan Alexander Barson, age 45 of Kingman.

We extend our deepest sympathies to the families and friends of the accident victims over this tragic loss.  We wish swift and full recoveries for those who were injured.

One person died in a two-vehicle collision on SR-95 on Saturday night. According to Arizona DPS accident investigators, a vehicle crossed over the center line north of Bill Williams Bridge, strikin the other car head-on.