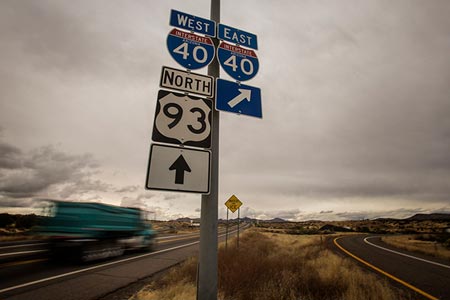 Golden Valley, Arizona—A hit-and-run accident claimed the life of a pedestrian as he crossed Highway 93 shortly before 8:30 p.m. on the Fourth of July.

Arizona Department of Public Safety accident investigators report that David McWilliam, age 20, died after being struck by a vehicle driven by David Antista, age 28, who then fled the scene.  Antista was later apprehended and is being held at the Mohave County Jail on charges of manslaughter.

We extend our condolences to the family and friends of Mr. McWilliam over this tragic loss.