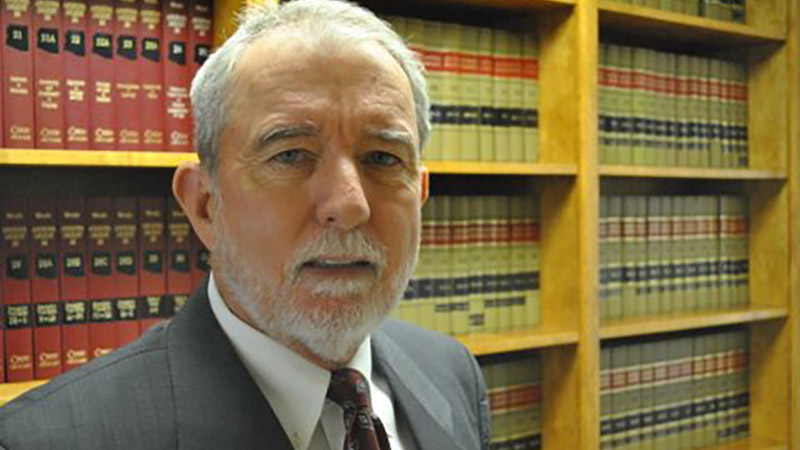 John joined the firm in 1987 and withdrew from full-time practice in 2015. He continues to serve the firm as an advisor and consultant in the areas of personal injury and defective products.

John graduated from the University of Arizona in 1970 (B.S.), and University of Arizona College of Law in 1972 (J.D.). He was admitted to the legal academic honorary society Order of the Coif; membership in the order is limited to students graduating in the top ten percent of the class. While in law school, John was a Note and Comment Editor on the Law Review.

John is a member of the Arizona Trial Lawyers/Arizona Association for Justice, the Pima County Bar Association, and the Volunteer Lawyers Program of Southern Arizona Legal Aid. He also served as a trustee for four years, and as chairman for five years, of the Board of Trustees of the State Bar of Arizona Client Protection Fund; the fund provides monetary compensation to clients who have lost money due to theft or dishonest conduct by the client’s attorney. John authored an article titled Arizona's Client Protection Fund: Redress for Victimized Clients that appeared in Arizona Attorney Magazine.

John served for six years as a member, and for two years as an emeritus member, of the State Bar of Arizona Committee on Professional Responsibility. That committee provides written opinions and advice by telephone to Arizona attorneys concerning their ethical duties under the Arizona Supreme Court’s Rules of Professional Conduct governing attorneys.

John is av-rated (the highest rating) by the prestigious Martindale-Hubbell Law Directory. He also was voted—by other lawyers—for inclusion in The Best Lawyers in America Consumer Guide.

John is an Arizona native. He was born in Prescott in 1947.