Lincoln graduated fourth in his class from the Sandra Day O'Connor College of Law at Arizona State University in 2006, where he served on the Arizona State Law Journal and received the 2005 Best Student Note Award. After law school, Lincoln clerked for Justice Andrew D. Hurwitz on the Arizona Supreme Court.

He has been named to the Super Lawyers list and Best Lawyers in America for Personal Injury Litigation and Products Liability Litigation. He and his cases have been featured on numerous TV and radio programs, including Fox News, NPR Radio, and ABC 15.

Lincoln has a Master's Degree from Ohio University in Sports Administration and is a former member of the UC-San Diego men's basketball team. Before law school, he worked in the Athletic Department at Arizona State University and was an American History teacher and Head Boys' Basketball Coach at Buckeye Union High School in Buckeye, Arizona.

Lincoln is a native Arizonan who now lives in Phoenix with his wife, Rendee, and their two children.

Lincoln Combs Interviewed by Fox and Friends Regarding Fast and Furious Guns
July 10, 2013 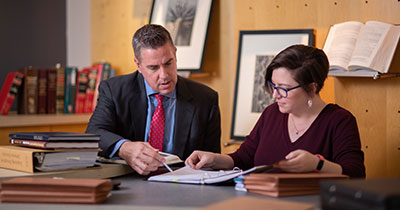