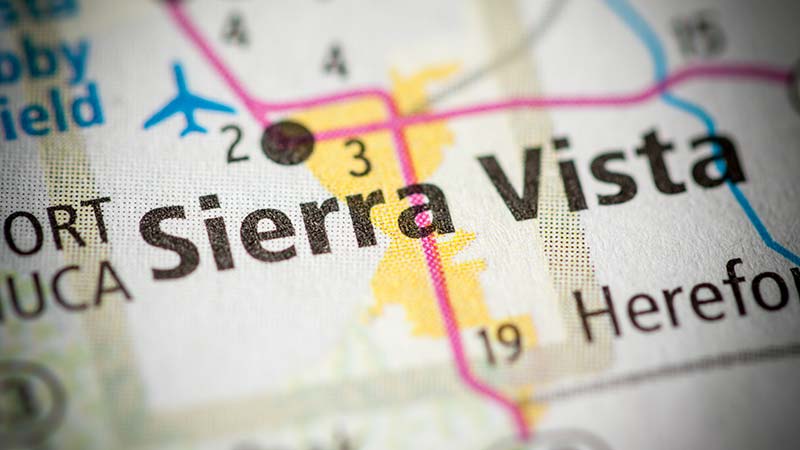 Sierra Vista, Arizona—A violent domestic dispute turned deadly when a wife in an SUV pursued her husband at high speeds until he crashed his motorcycle into a lamp post, killing him instantly.

Jennie Jones-Hurdlow, age 37, and her husband Brian E. Hurdlow, age 51, were embroiled in a domestic dispute that began Saturday evening.  The argument continued through late Sunday morning as Brian left their house for a trip to the nearby convenience store. Jones-Hurdlow followed him in her SUV.

As her husband exited the store, witnesses reported that Jones-Hurdlow allegedly was shouting and wildly gesturing with her arms.  Mr. Hurdlow attempted to leave the parking lot, but his wife repeatedly blocked his leaving with her SUV.  He finally was able to move past her.

Mr. Hurdlow headed east on Avenida Cochise, traveling in the curbside lane.  Witnesses reportedly stated that Jones-Hurdlow drove erratically at speeds exceeding 65 miles per hour.  Mr. Hurdlow’s motorcycle struck the curb at least twice before he lost control and laid the bike down near the intersection of Avenida Cochise and Copper Sunrise.  According to police accident investigators, Mr. Hurdlow “struck a metal light pole with such force that it shattered the glass of the light at the top of the pole”.  His motorcycle continued on for another 400 feet.

We extend our condolences to the family and friends of Mr. Hurdlow at this time of great loss for them.