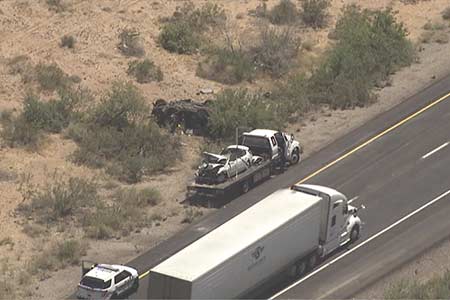 Kingman, Arizona—Five people were killed today in a wrong-way crash that occurred on I-40 west of Kingman. It occurred at about 9:00 a.m. in the westbound lanes of I-40 near milepost 36.

According to accident investigators with the Arizona Department of Public Safety, Harold Wayne Wickham, age 82 from Nevada, was driving a 2015 Honda sedan the wrong way on the interstate when he collided head-on with a 2010 Nissan sedan driven by Tsun Tong Chan of New York City. All five occupants of the two vehicles were killed.

The deceased have ben identified as:

We offer our condolences to the family and friends of those killed in this tragic crash.