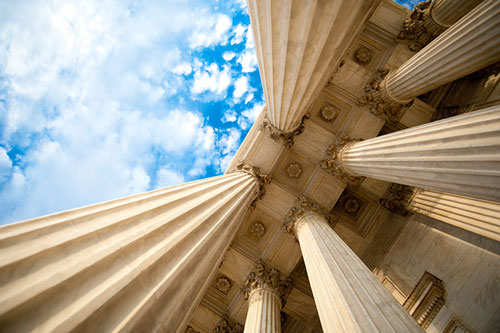 The Truth About Medical Malpractice

Skyrocketing medical malpractice insurance premiums. Doctors abandoning their practices. The insurance industry wants the public to think these trends are the result of "frivolous" lawsuits and "out-of-control" juries, and medical care providers are only too happy to agree.

But what's the real story?

The problem with medical malpractice is that it occurs far too often. It is the eighth leading cause of death in America, killing more people than AIDS, breast cancer, or automobile crashes. Is this the patients' fault? Certainly not.

The Institute of Medicine's 1999 report, To Err Is Human: Building a Safer Health System , reported that up to 98,000 patients die—and many more are injured—in U.S. hospitals each year as a result of preventable medical errors. That's 268 deaths every day from errors like surgeons operating on the wrong side of the brain and nurses administering lethal doses of medication.

Most injured patients and the survivors of those who die never learn that they or their loved ones were victims of medical malpractice. Peer review and a conspiracy of silence protect many negligent doctors.

There is no reason to think the statistics have improved since 1990, when the Harvard Medical Practice Study Group published its report, Patients, Doctors, and Lawyers: Medical Injury, Malpractice Litigation, and Patient Compensation in New York . The study found that only one in eight instances of malpractice resulted in a claim. And of suits that are filed and tried, the latest study by the Justice Department's Bureau of Justice Statistics says plaintiffs win only 26 percent.

All of us want to trust our doctors. But the fact of the matter is that some cannot and should not be trusted.

An investigation by the West Virginia Sunday Gazette-Mail revealed that just 40 doctors were responsible for more than one-fourth of the 2,300 cases of medical malpractice reported to the state's Board of Medicine between 1993 and 2001. And a recent analysis of medical negligence records in Kentucky found that from 1992 to 2001, only 16 percent of the state's doctors were responsible for 100 percent of the medical malpractice there.

In the face of such compelling evidence that bad-apple doctors commit a large percentage of medical malpractice, one might assume that the profession and its insurers would weed out the repeat offenders. Not so.

According to one recent study, fewer than 30 percent of doctors disciplined for “substandard care, incompetence, or negligence” or for misprescribing or over prescribing drugs had to stop practicing—even temporarily. And unlike auto insurers, most medical malpractice insurers don't base premium rates on the doctor's experience. In other words, good doctors—and far too many innocent patients who are injured or killed—pay for bad doctors.

So why has a “medical malpractice crisis” arisen now? There were similar “crises” in 1976 and 1986, when, as now, the economy had recently declined. The insurance companies, which derive most of their profits from investments, suffered from bad business decisions. Then, as now, they covered their losses by raising insurance premiums dramatically, then blamed innocent patients who sought compensation for negligence-related injuries—and, of course, their lawyers.

When St. Paul Insurance Co., one of the major medical malpractice insurers, announced earlier this year that it was getting out of the business, it claimed growing malpractice verdicts were the problem. The company conveniently failed to mention that its economic hardship was really caused by poor investments—including the $108 million it lost when Enron collapsed.

Nor has the medical or insurance industry mentioned that, according to the federal Health Care Financing Administration (now the Centers for Medicare and Medicaid Services), health care costs increased almost 75 percent from 1988 to 1999—far more than the rate of inflation - while medical malpractice premiums increased by less than 6 percent. Of course, verdicts based on actual losses have increased over the past decade. But according to the 2000 edition of the Statistical Abstract of the United States, doctors in 1997 paid 25 percent less of their average annual incomes for malpractice insurance than they did in 1985.

And what about claims that doctors are quitting the profession or moving out of their home states? A Philadelphia Inquirer investigation found no such trend, and the same is true in West Virginia. Now we are hearing that doctors are fleeing Nevada and other states, but this is not the first time doctors—at their insurers' prompting—have cried wolf.

Doctors and insurers say that limiting malpractice awards would hold down insurance costs. But the truth is that insurance premiums are slightly higher in states that cap damages. The American Medical Association itself reports that doctors in California, the state with perhaps the most restrictive limit on damages in the country, pay 20 percent more for malpractice coverage than the national average.

The negligence of bad doctors and the bad business decisions of insurance companies are not the fault of patients who are mistreated. Yet it is patients who will be punished—more than they already have been—if doctors and insurers succeed in convincing the public that limiting justice is the solution to their troubles.