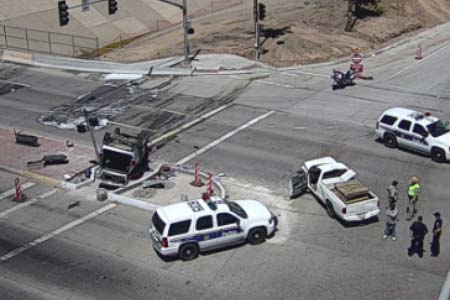 Phoenix, Arizona—Jesse Morales, age 69, has died from injuries he sustained in a rollover accident on Tuesday.

According to accident investigators with the Phoenix Phoenix Department, Mr. Morales was a passenger in a Chrysler van that was traveling near 51st Avenue and the I-10. The Chrysler van was struck by a Dodge Ram that was exiting the freeway.

Mr. Morales was taken to a local hospital in extremely critical condition and ultimately succumbed to his injuries. The driver of the Chrysler van, identified only as a 37-year-old woman, also was critically injured. Three children in the rear of the van along with another adult male were not seriously injured.

Although few details have been released on the cause of the crash, it may have been captured by video surveillance. Police do not believe that impairment was a factor.

We offer our condolences to the family and friends of Mr. Morales and wish a speedy and complete recovery to the injured woman.