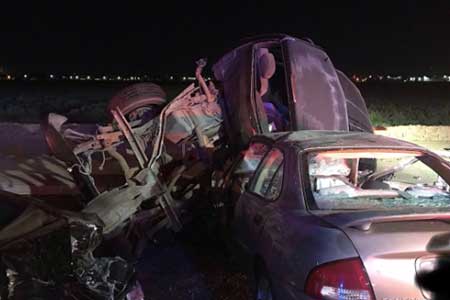 Phoenix, Arizona—A car accident in west Phoenix claimed the lives of a young mother and her 3-year-old daughter.

Accident investigators with the Phoenix Police Department report that Tania Robledo-Muniz, age 27, and her daughter, Litzi Robledo, were in a sedan on Van Buren near 51st Avenue on Sunday evening when a pickup truck, reportedly traveling at a high rate of speed, crossed over the center line into oncoming traffic and collided with their car.

Tania was pronounced deceased at the scene.  Litzi died from her injuries the following day.

The unidentified male driver of the pickup truck remains hospitalized in serious condition.  He may face charges upon his release.  Accident investigators report that speed and impairment may be factors contributing to the crash.

Our sympathies are with the Robledo-Muniz family and their friends over the senseless losses of Tania and Litzi.