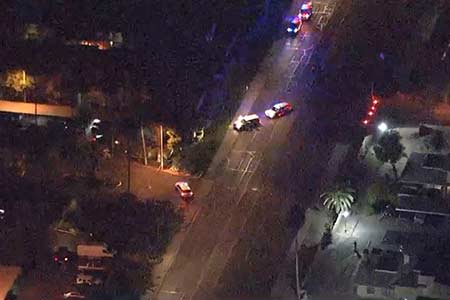 Phoenix, Arizona—Stephanie Oros, age 25, and her three children were struck by a hit-and-run driver as they crossed the street on a trip home from the grocery store Friday evening.  Ms. Oros was pushing a stroller carrying 2-year-old Leyla, while her two boys, Jessiah and Prince, ages 5 and 3, walked beside her in the 7000 block of West Indian School Road.  They were half-way across the street when they were struck by an as-yet unidentified man driving a small, four-door sedan.

Leyla and her stroller were caught underneath the vehicle and dragged a distance of about 1,000 feet until witnesses stopped the driver at the intersection of 71st Avenue and Indian School Road.  They quickly removed Leyla and the stroller from beneath the car, before the driver fled north.

Ms. Oros and her children were transported to nearby hospitals with serious injuries.  Prince was most seriously injured with fractures in his collar bone, jaw and skull, injuries to his arms, as well as road abrasions.  Jessiah escaped injury by running to safety.

Police have identified the car as a Volkswagen Passat with Arizona license plate number AGB-3745.  Anyone with information is urged to contact the Phoenix Police Department at (602) 262-6151 or Silent Witness at 480-WITNESS

We wish Ms. Oros and her children speedy and complete recoveries.