Lawyers represent patients or their families who have been harmed or died as a result of taking Pradaxa. 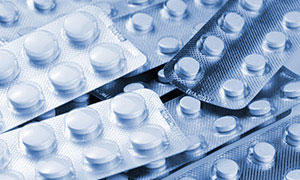 A settlement reached with Boehringer Ingelheim, the German company that manufactures Pradaxa, will settle approximately 4,000 state and federal lawsuits for $650 million. The settlement averages $162,500 per claimaint.

The lawsuits alleged that use of Pradaxa could cause serious bleeding events, sometimes resulting in death. In fact, the FDA reports that in 2011 alone more than 540 patients lost their lives after using Pradaxa. This surpassed all other monitored drugs for the year.

Pradaxa (dabigatran etexilate mesylate) is an anticoagulant drug (blood thinner) prescribed for the treatment of patients suffering from non-valvular atrial fibrillation. It is intended to reduce the risk of blood clot formation and stroke, to which these patients are susceptible.

Pradaxa is manufactured by the German pharmaceutical company Boehringer Ingelheim AG (BI), which first placed the drug on the world market in 2008. It was approved for use in the United States in October 2010 by the FDA. Within its first year, more than 370,00 Pradaxa prescriptions were filled in the U.S. alone.

Early clinical trials of Pradaxa revealed the bleeding risks associated with it, although there is reason to believe the risks may be greater than originally thought.

As with all Direct Thrombin Inhibitors (anticoagulants or blood thinners), Pradaxa is known to increase the risk of internal bleeding, external bleeding and other side effects, including some that are serious or even fatal.

The FDA has issued two drug safety communications regarding Pradaxa. One related to drug storage, and the second, published on December 7, 2011, cautioned that the drug could cause "serious bleeding events." The Agency also indicated it will evaluate ongoing reports of serious bleeding in Pradaxa patients.

Those who are taking Pradaxa should know that FDA approval of a drug does not necessarily mean that it is safe. If this were true, there would be no need for FDA Safety Communications and post-marketing reviews, as has been done with Pradaxa and other pharmaceuticals and medical devices.

Our firm is handling legal claims on behalf of those harmed by Pradaxa. We invite you to contact us for a free, confidential consultation about your legal rights. We represent patients throughout the United States. We can help you, too, wherever you live.

If you have taken Pradaxa and you are concerned about your health, promptly consult yoru physician for an evaluation.

If you or a loved one has been harmed by Pradaxa, you may be entitled to compensation. You should act immediately to contact a lawyer experienced in matters involving dangerous pharmaceuticals.