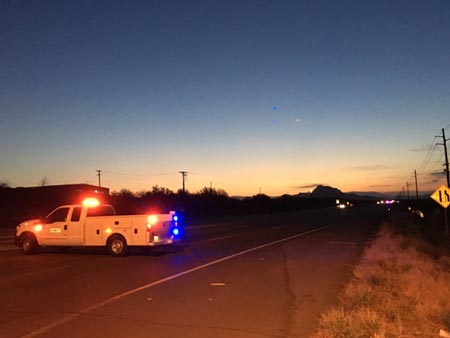 Rafael Rosa, age 19, was driving an SUV southbound on SR-87 when he lost control of the vehicle and crossed over the median before entering the northbound lanes of rolling. Mr. Rosa was killed, as was Esmeralda Rojas, age 19, who was ejected when the vehicle rolled.

We offer our condolences to Mr. Rosa and Ms. Rojas' family and friends and wish speedy and complete recoveries to the four who were injured.

SUV Strikes Women Standing on Patio Before Crashing into Bar

An SUV struck two women who were standing on a patio outside DJ's Bar and Grill in Scottsdale on Thursday night.

Scottsdale Police were dispatched to the scene of an accident involving a City of Scottsdale garbage truck and a pedestrian in the early morning hours today.