How did Syngenta cause corn prices to fall?

In 2011, Syngenta sued Bunge North America when the company refused to buy or store Viptera corn because it was not approved for sale in China. On August 28, 2012, CEO Mike Mack addressed the situation in China when he stated:

On the import approval, it has import approval in all of the major markets. There isn't outstanding approval for China, which we expect to have quite frankly within the matter of a couple of days. That remains on track for approval to the very best of our ability. Of course, the regulatory authorities are not something that we can handicap definitively, but we know of no issue whatsoever.

Syngenta marketed Agrisure Viptera without approval from China. In fact, Viptera was not approve by the Chinese government until December 2014.

How does this affect me?

After discovering that U.S. corn shipments contained Agrisure Viptera, which was not approved, China destroyed multiple shipments of corn from the United States. After destroyong these shipments, the Chinese government then refused all U.S. corn beginning in November 2013. Within several months, China had rejected over 1.4 million tons of U.S. corn. Other countries also rejected the corn, causing U.S. farmers to lose billions of dollars.

Why did China refuse corn shipments from the U.S.?

Although Syngenta started selling Agrisure Viptera to farmers in 2010, it was not approved in China until December 2014. The corn collection system in the United States makes it impossible to completely segregate unapproved GMO corn from approved corn, prompting China to reject all shipments in order to prevent the import of corn grown from Agrisure Viptera.

Why are farmers bringing claims against Syngenta?

Syngenta marketed and sold its seed without acquiring approval in China. The company downplayed the impact that its failure to obtain approval would have on the global corn market. When China rejected U.S. corn shipments, the price of corn dropped dramatically and farmers lost money as a result. The lawsuits against Syngenta are brought to hold the company accountable for the financial damages caused to farmers, exporters and others in the corn industry.

Yes. Farmers across the United States were harmed by Syngenta's conduct, even if they used other seed. This occurred because unapproved GMO corn cannot be segregated from approved corn, resulting in the rejection of all corn shipments from the United States/

If I decide to go forward with a claim against Syngenta, will you handle my case on a contingent fee basis?

Yes. We are paid only if we win your case and you collect. Otherwise, you pay nothing—no fees and no expenses.

How much time do I have to make a decision about moving forward with my claim against Syngenta?

Simply stated, it is best to retain a lawyer to represent you as soon as possible. In Arizona, a claim for damages must be brought within two years. If this deadline expires without you filing a lawsuit, your claim may be permanently barred. Furthermore, the sooner a claim is initiated, the sooner we can get compensation for you and your family.

How do I get started?

It's simple; just call us. We will answer all your questions in strict confidence and without any obligation. Then, if you choose to have us represent you, we will begin work on your case immediately.

We would like to help you, just as we have helped so many other people.

Remember, the law firm you choose makes a difference!

The federal court judge heading the Syngenta MDL proceedings agreed with attorneys for the corn farmers that the claims against Syngenta did not raise a federal question. As a result, the judge remanded nearly 10,000 lawsuits brought by farmers to state court where they originally had been filed.

More than 500 lawsuits filed in federal court against Syngenta over its GMO corn have been consolidated into a multidistrict litigation (MDL) proceeding in the United States District Court for the District of Kansas. 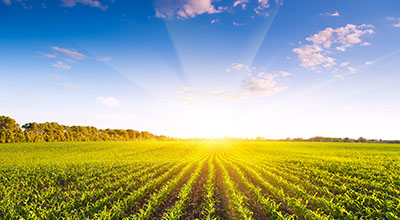