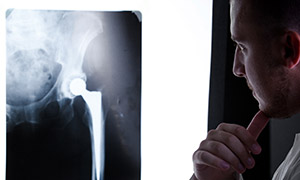 O'Steen & Harrison filed a lawsuit against Wright Medical Technologies on behalf of an Arizona woman who claims that her Wright Profemur Hip System failed and required removal within about three years of its implantation.

Virginia M. Welch of Mesa, Arizona claims that her Wright hip replacement device failed and required removal within about three years of its implantation. The case is pending in the United States District Court for the District of Arizona.

The complaint states that Ms. Welch received her Wright Profemur Z implant surgery in February 2006. After experiencing considerable pain in her affected right hip, medical evaluations revealed a loosened acetabular cup, which appeared in x-rays to have rotated about 90 degrees from its original position. 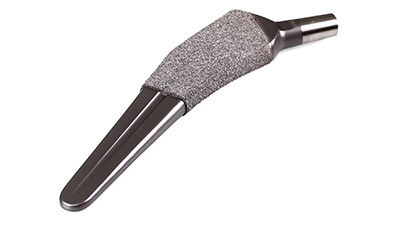 According to 2009 data reported by the Australian Orthopaedic Association, Wright Profemur stems demonstrated an 11.2% failure rate at three years following the surgery to implant them. This means more than one in every nine patients who received the Wright implants experienced serious problems within only a few years of their hip replacement surgery.

The following are symptoms that may be associated with Wright Profemur hip implant problems:

It is important to note that a number of Wright implant patients have reported that their hip devices fractured, broke, degraded or otherwise failed during normal use. Problems are not limited to situations where unusual activity or stress was placed on the implant.

Allegations in Wright Profemur lawsuits suggest that the product design is defective and potentially dangerous because the femoral stem may fail due to fracture, breaking or degrading.

Many law firms charge percentage fees as high as 45%. We charge 33⅓% on Wright Profemur hip replacement cases and we're paid only if we win your case and you collect. We also advance all of the costs associated with your claim.

If you have a Wright Profemur hip device, promptly consult your physician for an evaluation.

If you have received a Wright Profemur hip device, you may be entitled to compensation. You should act immediately to contact a lawyer experienced in matters involving defective medical devices.