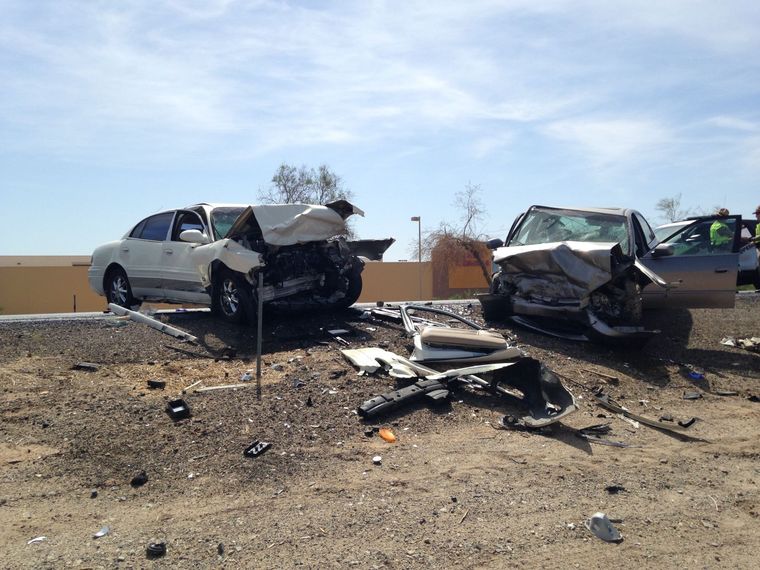 Yuma, Arizona—Dr. David E. Bealer, age 60 of Yuma, died of injuries he received in a head-on collision with a wrong-way driver on Interstate 8 while on his way to work Tuesday morning.  Dr. Bealer was the superintendent of the San Pasqual Valley Unified School District since May 2011.

As we reported yesterday, the accident, which occurred in the westbound lanes of Interstate 8 also claimed the life of the wrong-way driver, Dorothy Paul.  Ms. Paul died at the scene, while Dr. Bealer was initially taken to Yuma Regional Medical Center, then died while being transferred to a hospital in Phoenix.

District employees were informed of the superintendent’s death in a statement issued by the District on Tuesday afternoon.  The statement read, in part, “It is with the greatest of sadness that we deliver to you today the heartbreaking news of the death of our Superintendent, Dr. David E. Bealer.”

Dr. Bealer graduated from the U.S. Naval Academy and served in the Navy for 22 years.  He was a naval aviator and flew an F-14 Tomcat.  In 1986, he earned his Master’s of Business Administration degree from National University, then was awarded his Doctorate in Education at the University of Southern California.

He was associated with the Oneida Tribe of Indians of Wisconsin.

We extend our condolences to the family and friends of Mr. Bealer over his tragic loss.