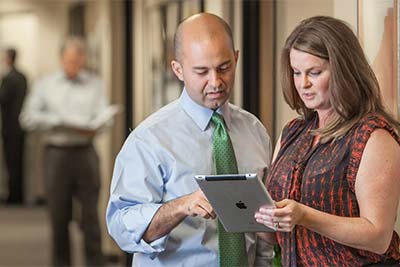 Several bicyclists competing in a community race were severely injured Saturday when a man driving a Ford Super Duty truck intentionally plowed into the group.  The event was Show Low’s 13th annual “Bike the Bluff.” 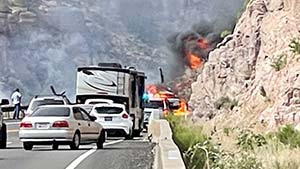 A collision between a commercial vehicle and a passenger car left the car’s driver deceased. The accident occurred outside Miami on Thursday afternoon.  DPS accident investigators identified the deceased driver as Fernando Ortiz.

James Duncan has been arrested in connection with the deadly crash outside Payson last week that killed Latissia Morris, Aden Morris and Georgia Burnside.

Hopi Tribal councilman Wallace Youvella, Sr. died of injuries he sustained in a car accident on April 8th. The crash occurred as he and his son, Wallace Jr., traveled to Phoenix for a meeting of Hopi Council members and business leaders to discuss potential economic development projects.

Jayson Murset died of injuries he received when the car in which he was a passenger hit a patch of ice, causing the driver to lose control.  The accident occurred on Saturday morning as Jayson’s father was driving him and his sister, Savana, up north for a weekend of skiing.

One person died in a rollover accident on SR-377 between Heber-Overgaard and Holbrook on Monday morning at about 10:15 a.m. 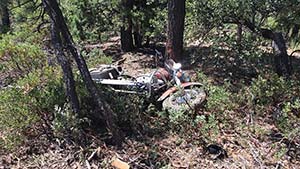 A woman was killed as a result of a motorcycle accident on SR-87 near Nash Point and the driver sustained injuries that were not considered life-threatening.

Two men died and a teen was seriously injured when the ATV in which they were riding went airborne and crashed into a tree on Saturday afternoon.  According to Coconino County Sheriff’s Office deputies, the accident occurred on Forest Road 144, several miles north of SR-260 on the Mogollon Rim.

Deputy Jeff McClure of the Gila County Sheriff’s Office was injured in an accident that occurred as he responded to the scene of a deadly truck accident. The first accident claimed the life of Bernardo Garcia after his semi-truck crashed on SR-260 near Christopher Creek Loop outside Payson. 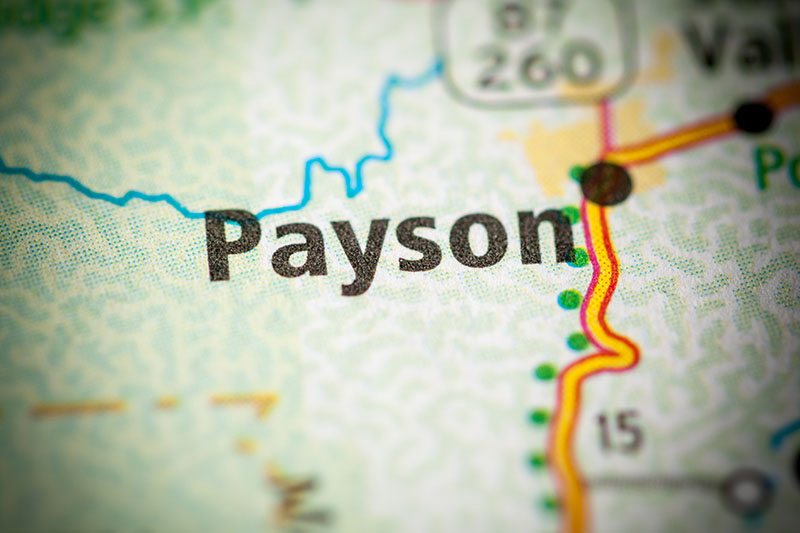 Two pickup trucks sideswiped each other on SR-260 Tuesday night, leaving two people injured.  According to the Gila County Sheriff’s Office, the vehicles involved were a Ford F-150 traveling westbound on SR-260 and an eastbound Ford Ranger.

Robert Frank Welch and his girlfriend were northbound in the passing lane on Highway 87 about three miles south of Payson when the Harley Davidson they were riding was t-boned by a white Chevrolet Suburban on Saturday.

Sean Barker Chases and Strikes Down Two Motorcyclists Outside Payson

A man in a work truck chased down and intentionally struck two motorcyclists last week outside Payson, leaving one man with a broken ankle, five broken ribs and a punctured lung. The hit-and-run collision occurred on Highway 87 about 35 miles south of Payson. 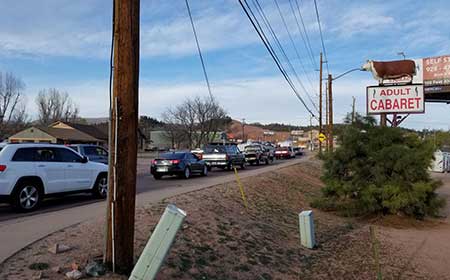 Four people were injured, one of them seriously, when a Coca-Cola pickup truck heading into Star Valley crossed the centerline on SR-260 and sideswiped a Jeep Wrangler.  The pickup then smashed into a 32-foot motorhome that was behind the Jeep.  The Jeep and motorhome were traveling together, with the family’s wife driving the Jeep while the husband drove the motorhome in which their 21-year-old daughter was a passenger. 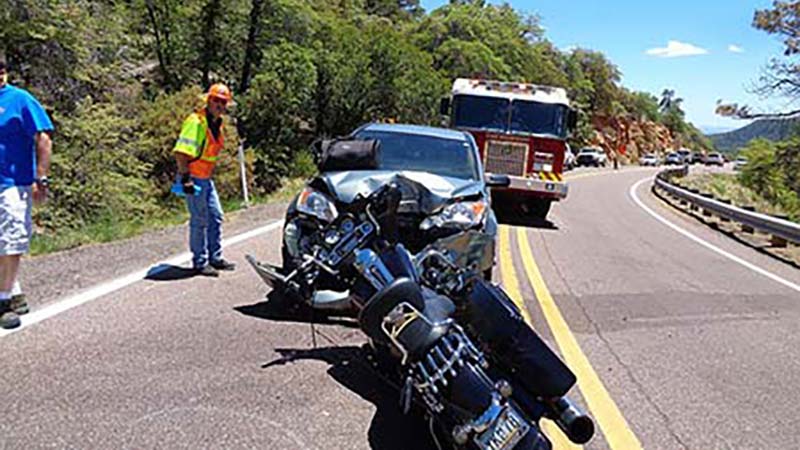 A motorcyclist and his passenger were both critically injured Saturday when their bike struck a vehicle head-on.

Simone Lake of Payson was airlifted to a hospital Tuesday night after her car was T-boned at the intersection of State Routes 87 and 188, south of Payson.

Ty King of Snowflake and Eli Hoffman of Taylor, both age 16, were killed in a single vehicle rollover accident that occurred on April 3rd in the Snowflake Heights area.  Three other boys who were seriously injured in the car accident were air evacuated to Banner Good Samaritan Medical Center in Phoenix, where they were listed in critical condition.

Matthew Teacher was killed yesterday when the vehicle he was driving went off the road and plunged into the Salt River Canyon. Kimberly Montana, a passenger in the vehicle, sustained injuries and was taken to the hospital for treatment.

Randy Morris was killed yesterday and eight others were injured in a massive three-car head-on collision that closed State Route 260 for six hours.  The accident occurred at about 4:00 p.m. on a two-lane stretch of road west of Christopher Creek.